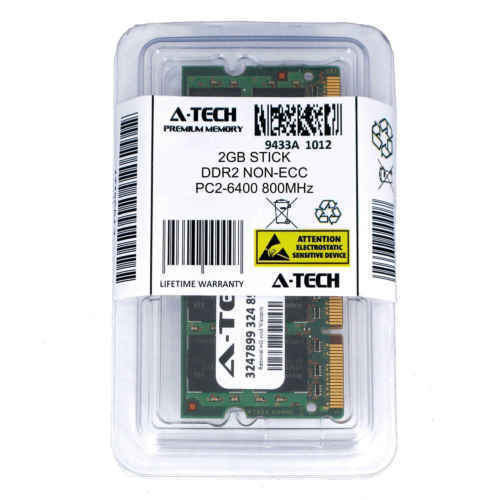 PC2-6400 is a type of DDR2 RAM, or random-access memory, that holds all of the data currently being used by the processor. These 2GB modules will expand the number of programs and files you can have open at the same time.

What are some characteristics of PC2-6400 DDR2 memory?

Registered memory modules (also known as buffered memory) improve the stability and integrity of the memory when more modules are used than the system would typically be able to handle. An extra R in the name may identify partially buffered modules. If the module is fully buffered, then it is identified by an F or FB.

Whats the difference between DIMM and SO-DIMM?

How do you determine the compatibility of different modules?

When mixing different modules, there are a few things to keep in mind. All DDR2 modules, regardless of clock speed or bandwidth, are generally compatible with each other although the computer will only operate at the speed of the slowest module. However, different generations of DDR modules are incompatible with each other. You cannot mix DDR2 with DDR3, for example, due to electronic and physical differences.