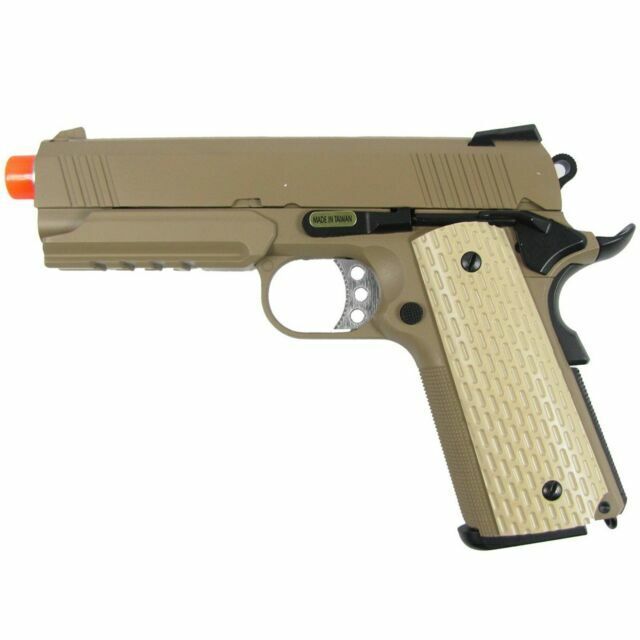 The sport of airsoft has grown worldwide. People from all over the globe participate in the sport, from casual players to committed, competitive amateurs. Having the proper equipment is important, and WE Airsoft offers products of all types for the airsoft enthusiast.

Airsoft is a competitive team sport where players fire replica weapons, shooting safe plastic pellets to simulate battle situations. Similar to paintball, teams try to eliminate players on the opposing side by hitting them with their shots. A player who is hit is out of the game, and the team that has the most players left or achieves a goal before all players are eliminated wins. There are dozens of different game types, which include simulating military battles, law enforcement situations, and variations of these. However, all games feature the firing of airsoft replicas against opposing players.

How do airsoft guns work?

Airsoft guns are replicas of real weapons but made of light aluminum and plastic instead of steel. They fire small plastic pellets instead of bullets. They are made to closely resemble their real counterparts, so much so that the barrel tip must be bright orange so that they are not mistaken for the real things. Airsoft replicas are available for all types of weapons, including military assault rifles, bolt-action rifles, pistols, and even double barrel shotguns.

What are the different kinds of airsoft guns?

There are three main types: spring-powered, automatic-electric guns (AEGs), and gas airsoft guns. The difference is the mechanism used to propel the BB ammunition toward the target.

What is a GBB airsoft gun?

GBB stands for Gas Blow-Back and refers to a kind of airsoft gun, usually a pistol that mimics the action of a real semi-automatic pistol. The compressed gas fires the ammunition but also “blows back” to move the slide backward. These guns offer greater realism, not only visually but also with the feel of a kick like a real firearm. GBB airsoft guns are also used as props for film and television.

How is the ammunition loaded?

Content provided for informational purposes only. eBay is not affiliated with or endorsed by WE.