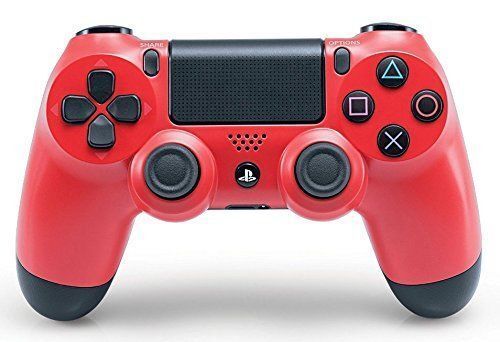 The PlayStation 4, or PS4, is a gaming console and multimedia box, introduced on February 20, 2013. It can play a wide range of exclusive titles published by Sony as well as many other games developed by third parties. The PlayStation 4 can play Blu-ray discs, stream media, and utilize a wide selection of accessories, like a camera, to expand functionality.

What is a PlayStation?

The PlayStations primary function is as a video game console. It can play many different games, ranging from classics like Solitaire and Pac-Man to emerging 3D and VR experiences. With the PS4, this game console has evolved into a multimedia center that can also play physical and streamed media and support various accessories.

What accessories are available for the PlayStation 4?

There are many Sony and third-party gaming accessories available, including:

Yes. A game disc published for any region will work in any PlayStation 4 model. You could, for instance, purchase a Japanese disc and use it in your North American system. Note that Sony does recommend pairing console and game regions in most cases in order to ensure that you get manuals, voice overs, and subtitles appropriate to the languages you speak.

Can you watch a DVD on your PS4?

Yes. The PlayStation 4 supports playing DVDs as well as Blu-ray discs. Note that your system must have firmware update 1.50. Most systems should already have the appropriate software since this update was released on November 12, 2013.

Is the PS4 region free for Blu-rays and DVDs?

No. Region-locking is used by the movie industry as a form of digital rights management (DRM). Sony must legally adhere to the region locking; however, many discs support multiple regions.

What is the PlayStation camera?

Alongside the DualShock controller, the camera was among the first accessories launched with the Sony PlayStation 4. At its simplest, the camera is a webcam that lets you video conference and stream your gameplay. The camera has advanced features as well that let players interact via the device in games that support it.

What is PlayStation VR?

The Sony camera for the PS4 allows for augmented-reality experiences, but it isn’t the only accessory that does that. Another is PlayStation VR, which is a headset that pairs with the camera. Through these paired accessories, you can enjoy both augmented- and virtual-reality experiences.