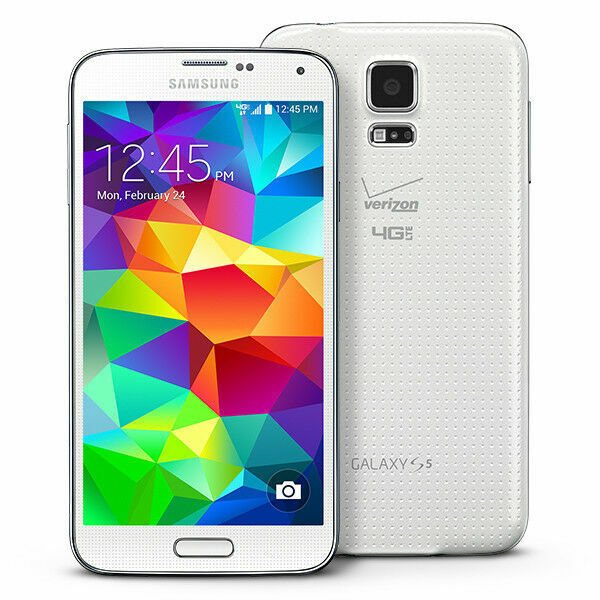 The Samsung Galaxy S5 is the fifth iteration of the popular Galaxy S Android smartphone series developed by Samsung Electronics. First released in April 2014, the smartphone adds several functions, including a fingerprint reader, expanded health features, and a water-resistant design. This version of the phone runs on the AT&T wireless network.

What is the size of the Samsung Galaxy S5 screen?

The Samsung S5 features a 5.1-inch touchscreen display with a resolution of 1920 by 1080 pixels and 432 pixels per inch. The 5.1-inch screen uses a technology called Super AMOLED. An AMOLED display does not contain a backlight. Instead, each pixel can emit its own light. As a result, the phone has a thinner, lighter screen with a high contrast ratio.

What are the specs of the Samsung Galaxy S5?

The Galaxy S5 is powered by two quad-core CPUs with 2GB of RAM. When the phone is operating under heavy workloads, it can run both sets of cores at the same time. Or it can switch to a single processor when the workload is light. The mobile phone runs on the Android operating system.

Does the Samsung Galaxy S5 feature a camera?

Yes, the phone features both a 16-megapixel rear and a 2-megapixel front-facing camera. The rear camera has a variety of features in its own right, including:

What other features does the Galaxy S5 offer?

Samsungs device is packed with numerous sensors, including a heart rate monitor, a gyroscope, an accelerometer, a gesture sensor, a barometer, and much more. Thanks to these sensors, the phone can be used as a fitness device to track the users motion, speeds, and activity level. The phone also comes with a microSD port, Wi-Fi connectivity, and 4G LTE.

What kind of materials is the Galaxy S5 composed of?

The Galaxy S5 features a rounded polycarbonate chassis and a faux metal trim around the case. The removable rear cover is made with a high-quality soft plastic with a dimpled surface for an improved grip. The entire surface of the smartphone is resistant to water and dust. It can be submerged in up to a meter of water for 30 minutes at a time. The glass is made of a thin and damage-resistant material called Gorilla Glass 3.

Are different versions of the Samsung Galaxy S5 available?

Yes, Samsungs mobile phone is available in both 16GB and 32GB models for consumers who need slightly different storage capacities. The S5 is sold in different colors, including shimmery white, charcoal black, copper gold, and electric blue. Samsung also released two other variants: the S5 Active and the S5 Sport. Samsung incorporated a full set of navigation buttons and an exclusive Activity Zone app into both devices.

Content provided for informational purposes only. eBay is not affiliated with or endorsed by Samsung.