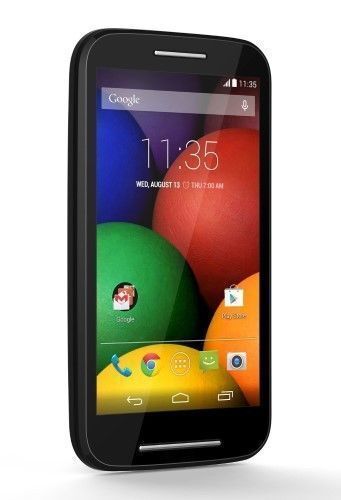 Motorola phones provide you with the ability to call contacts, text with friends, and download applications when necessary. These devices are equipped with many features, such as Bluetooth capabilities and complete GPS. You can select from a wide array of colors when choosing one of these models, including black, gray, red, silver, white, blue, and gold.

What styles Motorola phones are available?

Motorola phones come in several different styles, including the bar, flip, and slider.

Which features are present on these cellphones and smartphones?

These phones are outfitted with a large variety of features, as the majority of models include 3G and 4G network capabilities for internet access, Bluetooth functionality, and speakerphones. Many of these phones are equipped with a touch screen that can be used instead of a keypad, while the majority of these systems include voice-activated dialing. Many cellular models offer a global positioning system that can assist you with traveling to and arriving at your destination. Music players come preinstalled in most options, as do internet browsers. A few additional features that can be found in a selection of these systems include 4K video recording, air gestures, heart rate monitors, QWERTY keyboards, push-to-talk, and near field communication technology.

Which series of phones are available?

There are different Motorola models for you to choose from, each of which falls under its own series that is offered by the brand. For instance, the most common series available to you is the Moto series, which is available in such devices as the Motorola Moto X and Moto G series. Many of these models are also available under the Electrify and Electrify 2 series, both of which are notable for focusing on power above all else and being business-ready. The Droid Razr is another series that uses Android as its operating system and is notable for including 4G LTE capabilities.

Content provided for informational purposes only. eBay is not affiliated with or endorsed by Motorola.