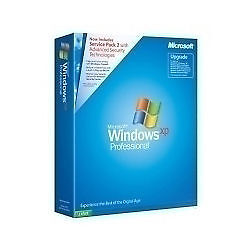 What is meant by Windows NT?

Although "NT" carries no specific meaning; it was commonly thought in the IT industry to mean "New Technology." Since 2000, Microsoft has based all subsequent forms of Windows products on the NT family, including Windows XP, Windows 10, and Windows Server 2016.

What is Microsoft Windows NT 4.0?

Microsoft designed the NT 4.0 family to run multiprocessing, 32-bit hardware architecture as a complement to their consumer-oriented operating systems. More stable than Windows 95, Microsoft marketed Windows NT 4.0 for business client use on workstations and network servers. While the company intended for the NT line to serve business clients needs, it ultimately expanded to become a general-purpose line of software.

How many Service Pack updates are available for NT?

How many versions of the OS are available?

What medium is the OS available in for purchase?

This operating system is available for purchase on CD-ROM or a set of three 3.5-inch floppy disks. Users can install it and use it to run legacy programs. Computer science students will find an excellent learning opportunity in configuration of Microsoft Windows NT Server to run a basic web server as well. The OS provides an additional opportunity to learn about legacy interfaces, folders, and files systems.

Content provided for informational purposes only. eBay is not affiliated with or endorsed by Microsoft.