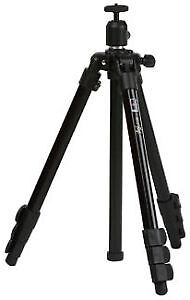 Find a New Angle With Manfrotto Tripod Heads for Cameras

Manfrotto specializes in the production of tripod heads for cameras. Functioning as a link between the camera and the tripod while allowing mobility and dynamism, heads for tripods are a necessity for many photographers and videographers. While all of them have precision and control as their main objective, Manfrotto produces different types of heads designed for specific purposes.

What types of Manfrotto tripod heads are there?

Manfrotto tripod heads for cameras include the following types:

How does the quick release system work?

Using a quick release plate device, some Manfrotto tripod heads are capable of firmly holding the camera in place. This hold can be released by pushing on a button or lever, allowing the photographer to handhold the camera. Another advantage of this system is that it allows photographers to quickly change a lens without losing time due to having to unscrew the camera from the tripod.

Is there a head for both video and still photography?

Content provided for informational purposes only. eBay is not affiliated with or endorsed by Manfrotto.