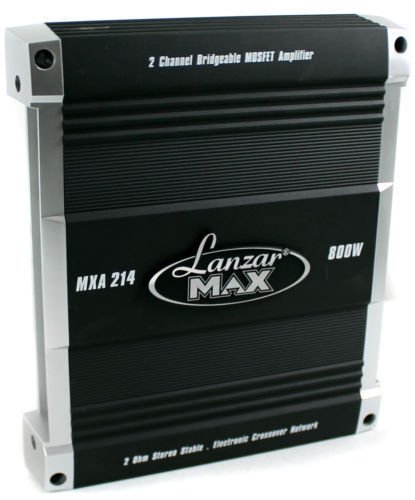 JL Audio amplifiers help you boost the signal of the music you play so that you can hear the audio more clearly. These amplifiers come equipped with a range of channels, from mono to eight channels, allowing you to select a device that matches your requirements. These systems also output at a varying range of watts from around 250 watts to over 1,000 watts.

How does an amplifier work?

An audio amplifier works by boosting an electric current so that the signal is stronger than it was originally. Since an amplifier can be hooked up to a variety of stereos, the way in which it works largely depends on what it is hooked up to. When the device is hooked up to your car, it takes the signal of your radio and boosts it to a volume level that can be much higher than the original signal. These devices can add the necessary power that your speakers might require if you have upgraded them.

How many channels are in these amplifiers?

These mobile systems are categorized by the number of channels with which they are outfitted. A single channel is referred to as a mono and can hook up to a single speaker. Most cars are equipped with a two-channel stereo system, which is why amplifiers by JL Audio are commonly available with two channels. However, since it is possible to upgrade a car audio to be outfitted with as many stereos as you want, you can find models that support up to eight channels.

What does the wattage of an amplifier refer to?

When you are selecting an amplifier, one of the first numbers that you will notice is a number set beside a “w," such as 300w. This number refers to the watts of the device and is the number that allows you to identify how much power the device has. It is important to understand that the listed wattage primarily refers to how much power is provided for each channel, but there are times when this number refers to the total output power that you are provided with across all channels. The output of the device should be matched to the power that is needed by each speaker. Too little power can result in a weak sound while too much can blow out a speaker system. It is also possible for two sections of the amplifier to be bridged together to create a mono device to provide enough energy for a large speaker.

Content provided for informational purposes only. eBay is not affiliated with or endorsed by JL Audio.