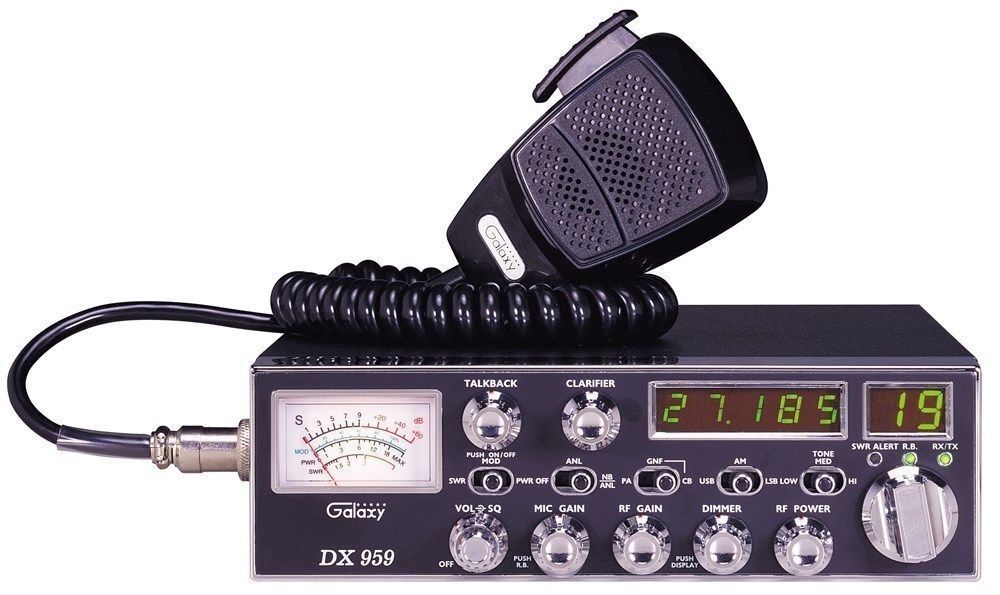 Citizen band radio, commonly called CB, offers a system of short-distance radio communications between folks, typically on a selection of 40 channels within the 27 MHz (11 meter) band. CB radio is available in many countries around the world. Galaxy offers affordable, high-quality CB radios to users of all skill levels.

What is a CB radio used for?

Citizens band (CB) is different from other personal radio service allocations like FRS, GMRS, MURS, UHF CB, and the Amateur Radio Service (commonly known as "ham" radio). In most countries, CB operation does not require a license, and unlike amateur radio, it can be used for either business or personal communications. CB radios can also be used for emergency communications. Channel 9 is instantly reported to highway patrol, police, and rescue services in the receiving area, and the station can be used to relay distress messages, suspicious activity, or vehicle failure. The station is also used by authorities to issue important messages such as Amber alerts. Use the microphone part of this mobile radio to relay your message and end with a roger beep to let others know youre done talking.

Do you need a license to operate a CB radio?

No, you do not need a license to operate a CB radio. The FCC stopped requiring licenses for USA CB users in the 1980s. CB radio users must still abide by all the FCC rules regarding use. There is no minimum age to be a CB radio user.

How do you choose a Galaxy CB radio?

All of these Galaxy radios offer the same transmission power - 4 watts as required by law. So when it comes to choosing a radio, it boils down to deciding which features are important your user experience. That makes the primary difference between CB radios their size and feature set -- not how much power output they offer and how far they can talk. The one exception would be SSB (single-sideband modulation) equipped radios which transmit at 12 watts of power as opposed to 4 watts and can legally give the user more transmit range.

What range can you reach on a CB radio?

In general terms, the range for a mobile CB radio can be anywhere from 1 or 2 miles up to 20 to 25 miles or more, depending on the terrain, the type of antennas used, and other considerations. Stationary CB setups or "Home base stations", with larger roof-mounted base antennas, will provide more range than ground level mobile units and small handheld "Walkie" style radios.