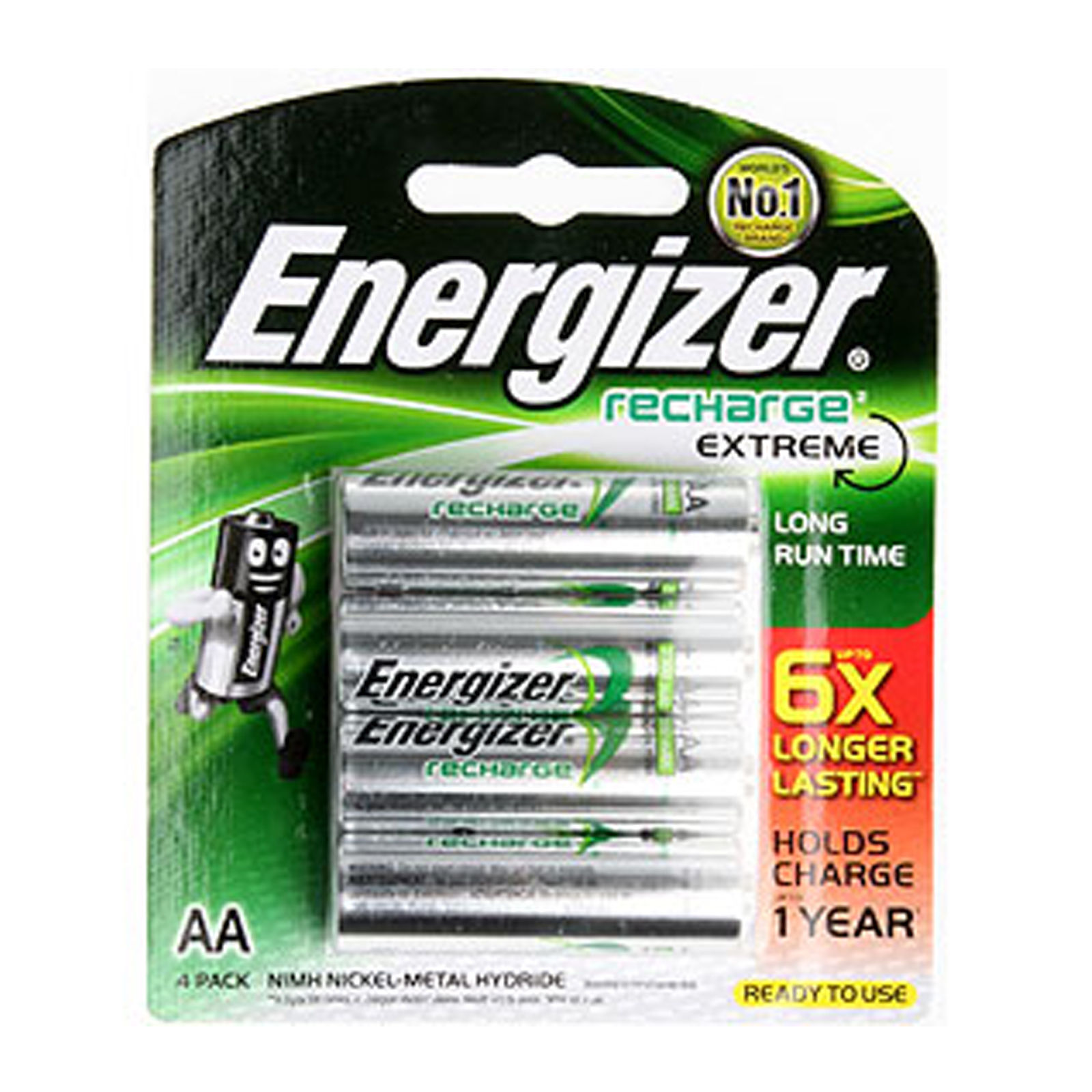 More and more, people are dependent on making sure that their gear always has power but are growing more concerned about the environment. Those who want to have increased reliability and less landfill waste should consider using Energizer rechargeable batteries. These batteries by Energizer are designed to maximize power efficiency and increase the amount of time they can be used before they need to be recharged.

What does it mean when a battery is rechargeable?

Unlike alkaline batteries, which are designed for single-use only, Energizer Recharge batteries can be recharged and reused much like a new battery, reducing waste and cost. Given the number of devices that use AA batteries, this can make a serious impact.

How many hours does a rechargeable battery from Energizer last?

The amount of charge that a user can get out of a battery depends on how much charge the equipment in question uses. A good rule of thumb is that rechargeable batteries have a capacity that is 50% greater than traditional alkaline types, especially for AA-sized batteries. Additionally, a rechargeable battery like those from Energizer can be recharged hundreds of times.

For those who prefer to be a bit more exact, it is possible to take the amount of power that a device will use (measured in mAh) and divide that into the total mAh load of the battery in question. For example, a pack of Energizer Plus AA batteries has 2300 mAh, meaning that it could power a 400 mAh flashlight for almost six hours.

What happens when batteries are recharged?

Recharging an Energizer rechargeable battery is simple. Plug the batteries into a charger and then connect them to a power source. While large numbers of batteries should not be left to charge for months on end, leaving them plugged in for anticipation of use in a few days is fine.

What is a secondary cell battery?

Rechargeable batteries, such as NiMH batteries like Energizer Recharge, are sometimes called secondary cell batteries. This simply means that they can be recharged.

How long does it take to charge AA batteries?

AA Energizer Recharge batteries take up to five hours to recharge fully. It is recommended that you do not interrupt the Energizer charging process so that you can ensure maximum capacity over time. Also keep in mind that some rechargeable batteries charge faster than others and that a batterys recharge time also depends on factors like its capacity.

Content provided for informational purposes only. eBay is not affiliated with or endorsed by Energizer.