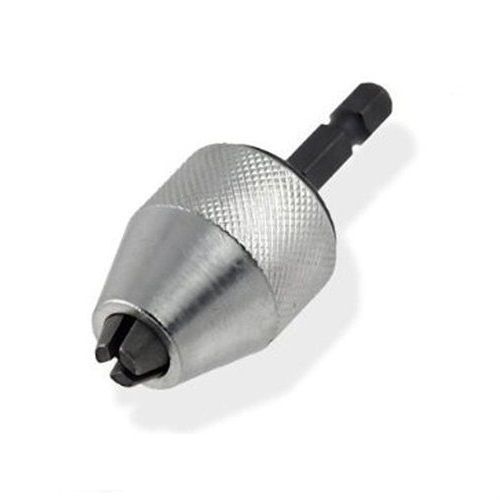 There are many options for drill bits, so you will want to choose carefully. Make sure the bit you select will work for your specific power tool and drilling needs.

What are star head screws called?

Star head screws are commonly called Torx, which is pronounced "torks." The name Torx is a trademark that was developed in 1967 by Camcar Textron. Torx screw heads and drill bits have a star shape with six points. Torx are often called by generic names, such as star, star bits, or star screwdriver.

Do all drill bits fit in all drills?

No, they do not. The portion of the drill that holds the bit is called a chuck. The size of the drills chuck determines the diameter of the drill bit that will fit inside. The diameter in question is the shank of the drill bit, which is the end that is opposite to the cutting end. Drill chucks come in the following sizes, which represent the maximum size of drill-bit shank you can use with them.

What is important in changing a cordless drill bit?

Changing a cordless drill bit is relatively easy. It only takes a few steps.

Which drill bits can be used for concrete or tile?

Is a screw gun the same as a power drill?

Screw guns are similar to power drills. They often look like a drill. However, they are designed differently. Instead of a chuck, they have a nose. The nose holds the tip, which is usually one-quarter inch in diameter.