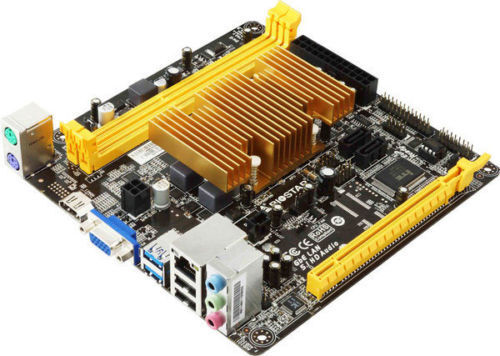 All You Need to Know About Computer Motherboard and CPU Combos

A computers motherboard and CPU are the foundation on which a systems functions are built. The motherboard conveys communication between critical components within a device while the central processing unit (CPU) runs the system operations. You can find new, preowned, and refurbished motherboards and CPU combinations on eBay to improve your computers functionality.

Can a motherboard work without a CPU?

The two components need each other to function properly. The motherboard handles things like the RAM, hard drive, and incidental attributes. The central processing unit (CPU) is a circuit board that retrieves coding, decodes it, and then transfers that information into an actionable outcome. While the computer may be able to be turned on without a CPU, no functions will be able to be fulfilled as the CPU is needed to translate codes into fully realized interface and utility functions. Because the two features are so intertwined, they can be purchased in combo sets on eBay.

Companies that make electronics or computers specifically are also likely to design and to release their own variety of products. This comes as an effort to provide their devices to as many people as possible and to allow for repairs should the need arise. Some of the companies that offer both computer motherboards and CPUs include:

Static and dynamic are the two basic forms of RAM. Performance varies significantly between the two. Most motherboard and CPU combo units have both forms. The type of memory and the amount of memory you get on your device help it run efficiently and quickly. Each has varying clock speed, bus speed, and transfer rates. Which type and size of RAM also influences how much energy the system needs.

What memory types come with motherboard and CPU combos?

Motherboard and CPU combos come with a variety of RAM options in order to accommodate the needs of individual users. The different types of RAM include DDR1, SDRAM, DDR4, SDRAM, EDO DRAM, and RDRAM. When deciding which combo to get for yourself, consider how much data you will be storing, how many programs you will be running at once, and the type of content you will be storing.

As a processor, CPUs are constantly changing as technology grows and evolves. This means the types of processors are varied, and youll need to choose based on your computer use and your budget. The different types include:

Jump out of bed thisCyber Monday and finish out your Christmas list by shopping for computer motherboards, gift wrap, and more with a side of unbeatable deals and discounts.