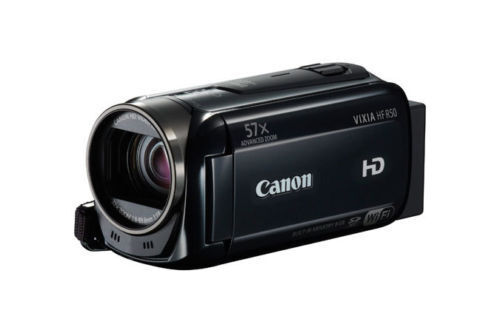 Canon Camcorders provide you with the ability to record and capture important moments in your life. These camcorders are outfitted with a wide array of unique features that facilitate recording videos in many different ways, including pre-applied filters, autofocus, and image effects. Canon has numerous series of camcorders to select from, including the Canon VIXIA, Canon ZR, and Canon Cinema EOS.

What is a Mini DV camcorder?

A Mini DV camcorder is a type of video camera by Canon that captures high-definition video on DV cassette tapes. These cassettes allow for the recording of DV, HDV, and DVCAM videos and hold around 13 hours of video. These types of camcorders are named as such because they are lightweight and highly portable. This allows you to record video on the go and transport the device with you when on vacation or out and about in the city, making them useful for travel.

Most Mini DV camcorders are outfitted with features like digital photo modes, low-light settings, and image stabilization to provide users with a substantial amount of control over the end result.

Whats the difference between SD and HD camcorders?

When youre searching for the right camcorder to suit your needs, youll come across options that shoot in either SD or HD. While most camcorders shoot in HD, some shoot solely in SD, while others offer the option of shooting in SD along with HD. SD refers to standard definition while HD refers to high definition.

When capturing a video in SD, its typically presented in widescreen format and has at least 352 lines of resolution for 352p image quality. High definition video starts at 720p with 720 lines of resolution, but its also common to find camcorders that provide the ability to capture in 1080p, 2K, or 4K resolution. The higher the resolution, the clearer the image will be.

Whether shooting in standard definition or high definition, your camcorder will also provide several frame rate options that go hand in hand with capturing optimal video.

What are some features of the Canon Cinema EOS?

Canon Cinema EOS is a range of camcorders that first entered the market in 2011 and are known to capture video in ultra-high-def resolution. Although each subsequent Canon camcorder in this series has provided several updated features, they all offer several basic features, which are described here:

Content provided for informational purposes only. eBay is not affiliated with or endorsed by Canon.