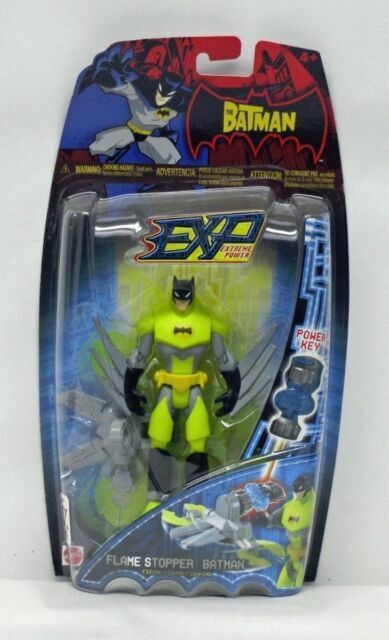 Batman stands in cape and cowl as an instantly recognizable comic book superhero. The character’s starring roles in movies and television shows have served to grow the Dark Knights presence in pop culture. Owning a collection of Batman action figures can be fun for kids and adults alike.

Are there different looks for Batman toys?

Various Batman figures from the comics and movies display the unique looks and styles of their time. The long history of action figures presents a range of Batman toys, with everything from a retro 1960s look to Batman figures based on his appearance in movies made in the 2000s and beyond.

Toy companies release their own unique lines of figures. For example, Mattel toys look different from DC releases or ones from Sideshow and Bandai. This diversity enhances the choices available for collectors of Batman action toys and figures. Figures of villains join the different heroes, too. Joker and Penguin action figures from the animated series, comic books, and movies look great when displayed with figures of Batman and Superman.

Can a Batman collection be used for decoration?

While action figures can be a lot of fun to play with, many collectors simply enjoy putting them on display. Batman and other DC Comics action figures from Mattel or other companies may be used to spice up a room dedicated to entertainment and Batman collectibles. Action poses of a Joker or Batman figure could show these DC characters squaring off against one another. Displaying your action figures is a big part of the fun of collecting them.

What types of action figure accessories are there?

Drawing not only from Batman but also from the Justice League, Superman, Gotham, Teen Titans, and other comics tales, fans are unlikely to run out of action figures, playsets, and other collectibles and toys to choose from. Batmobile, Batcave, Arkham Asylum, and other creations from the DC Comics mythos can all be found in toy form. The various toys come from not only the pages of DC Comics but from the Dark Knight movies and the Batman animated series. A young Bruce Wayne figure from toys in the Gotham line further fleshes out the available selections for a Batman fan.

What other characters from the comics have action figures?

Batman comics and toys present a classic rogues gallery of villains, including Arkham Asylum inmates, such as the Joker and the Riddler. A menacing Deathstroke action figure exists to threaten the Batcave. Batman also has his sidekicks Nightwing and Batgirl.

Content provided for informational purposes only. eBay is not affiliated or endorsed by DC Comics.