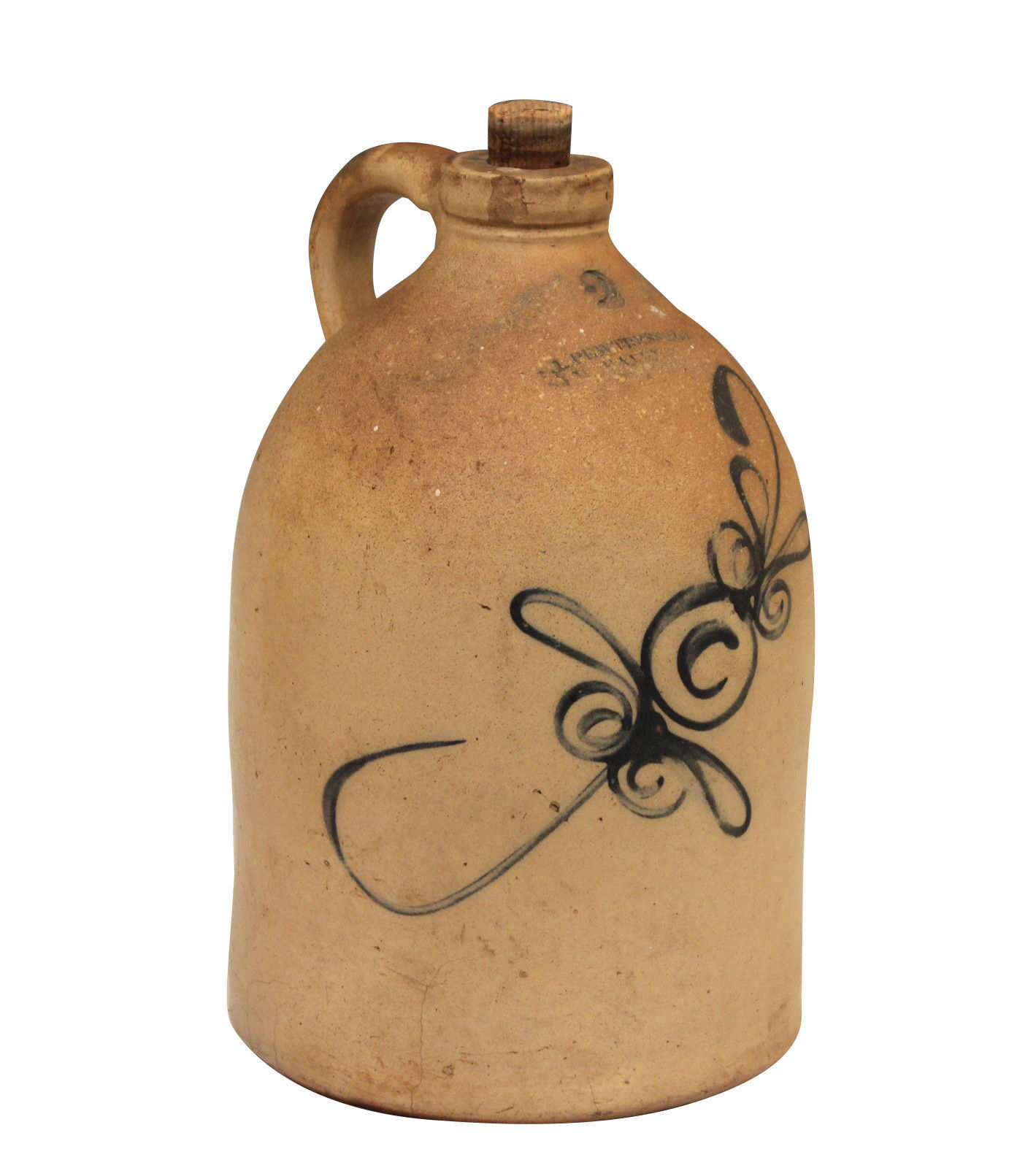 A Basic Guide to Antique Ceramic and Porcelain Crocks

While most historians believe that the first crocks were made in France and Germany, they became very popular in colonial America where they were used for a variety of kitchen storage methods, including fermenting, canning, and pickling in a brine, especially for turning cabbage into sauerkraut and cucumbers into pickles. They were also used to store a variety of foods including butter, spices, honey, and molasses. Many of the first ones made in America came from Pennsylvania, New York, and New Jersey, although the practice of making them spread throughout New England and to Ohio by 1850.

Can you tell when a stoneware crock was made?

How is salt-glazing used on crocks?

Many crocks made in America are salt glazed, leaving the vessels with a unique glaze and texture. The process is done by adding salt to the kiln when the vessel is fired. The first salt glazing was done in Philadelphia, around 1720, with the practice spreading along the Eastern coast along the next 100 years.

What are common designs on stoneware crocks?

Craftsmen painted pictures on the sides and lids of many pickling crocks and others. It is impossible to tell the manufacturer based on the design because most manufacturers used the same basic designs including:

Starting about 1896, artists no longer painted the designs on the sides of the stoneware, but they were imprinted with a metal stamp instead. Soon, companies developed their own stamps using them on every vessel that they made. The most famous of these is the red wings used by Red Wing Stoneware, which was the largest producer of stoneware in America.

What should you look for in stoneware crocks?

There are several different factors to keep in mind when looking at ceramic and porcelain vessels. Pieces marked on the bottom with a manufacturers mark usually are more collectible, with many paying a premium for those made by Red Wing. Collectors generally favor intricately detailed cobalt-blue crocks as long as the design was added before the stoneware was fired. Many collectors focus on adding vessels to their collection that were manufactured in their local region. Those looking to use their crocks will want to consider sizes in gallons and what recipes they plan to use the crocks for.

eBay has additional selections to help with your choice. They are: