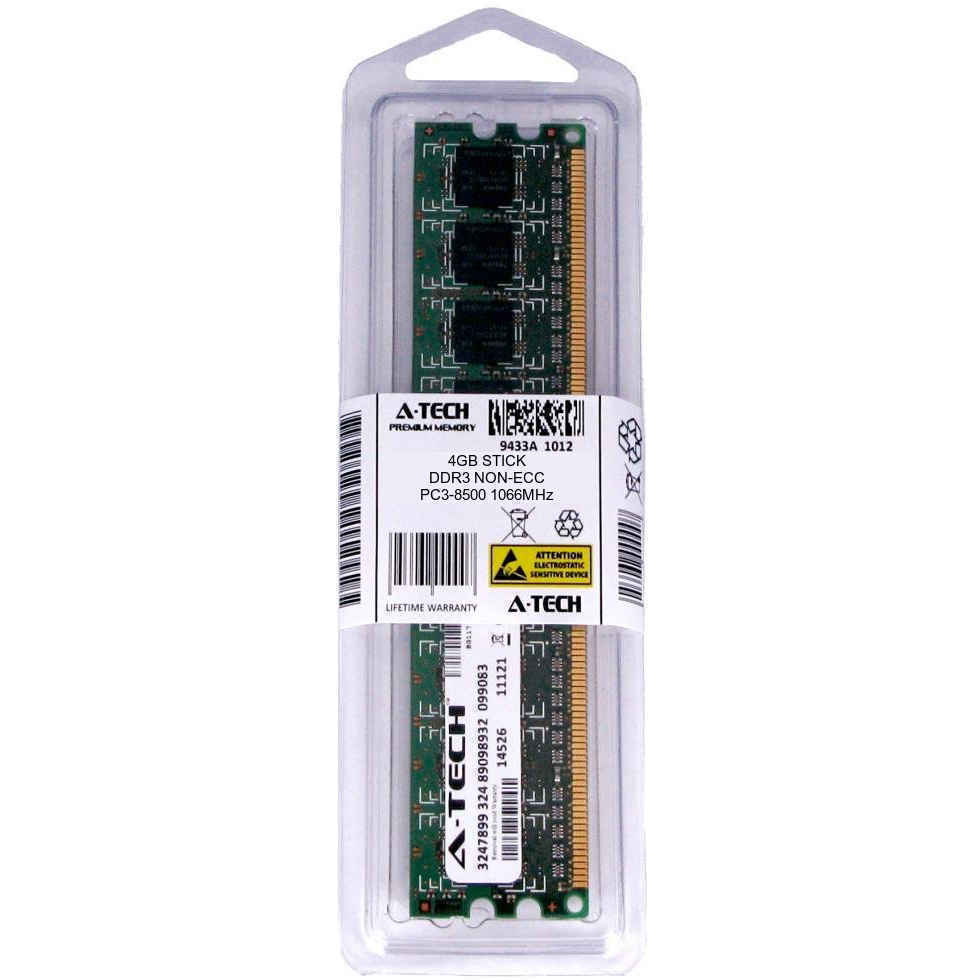 DDR3 is the official name for a type of RAM or random-access memory. The RAM holds all of the open programs and data while a computer is running. A memory upgrade of 4GB of RAM gives you more programs, more data, and the ability to have more files operating simultaneously.

What are some important features of DDR3 RAM?

In terms of actual storage space, these RAM modules can hold 4GB of data. All open programs and files, including the operating system, must fit within this 4GB of space. The other important aspect is the data bandwidth, or the data transfer rate. DDR stands for double data rate. As the name implies, it doubles the data bandwidth. This is done through a process called double pumping, in which data is transferred twice per clock cycle. DDR3 is the third generation of DDR technology. It is faster than the previous generations.

PC3-8500 and DDR3 1066 are two names for the same type of memory. 1066 describes the speed of the RAM. The base speed is 533, which the double pumping method doubles to 1066. This is not to be confused with the actual bandwidth. The 8500 refers to the data bandwidth rate, meaning it can transfer 8500 of data megabytes every second. It is important to note that this represents the maximum theoretical transfer limit, and the actual rate may be somewhat lower when dealing with real-world conditions.There are three different types of DDR3 1066 modules, which are called E, F, and G. The only differences between them are in their latency and timing. These measures the slight delay, in the minimum number of cycles, when the memory is performing certain actions. For example, the latency measures how long it takes from the time the RAM is told to access data and the time the data is ready to be used. The fastest RAM in this regard is DDR3 1066E. It has a timing of six clock cycles and a latency of 11.25 clock cycles.

Are different types of memory compatible with each other?

Compatibility is affected by a number of factors, including the signaling voltage and timing of the memory. If you are adding memory to your computer or simply replacing an older card, here is what you should consider: